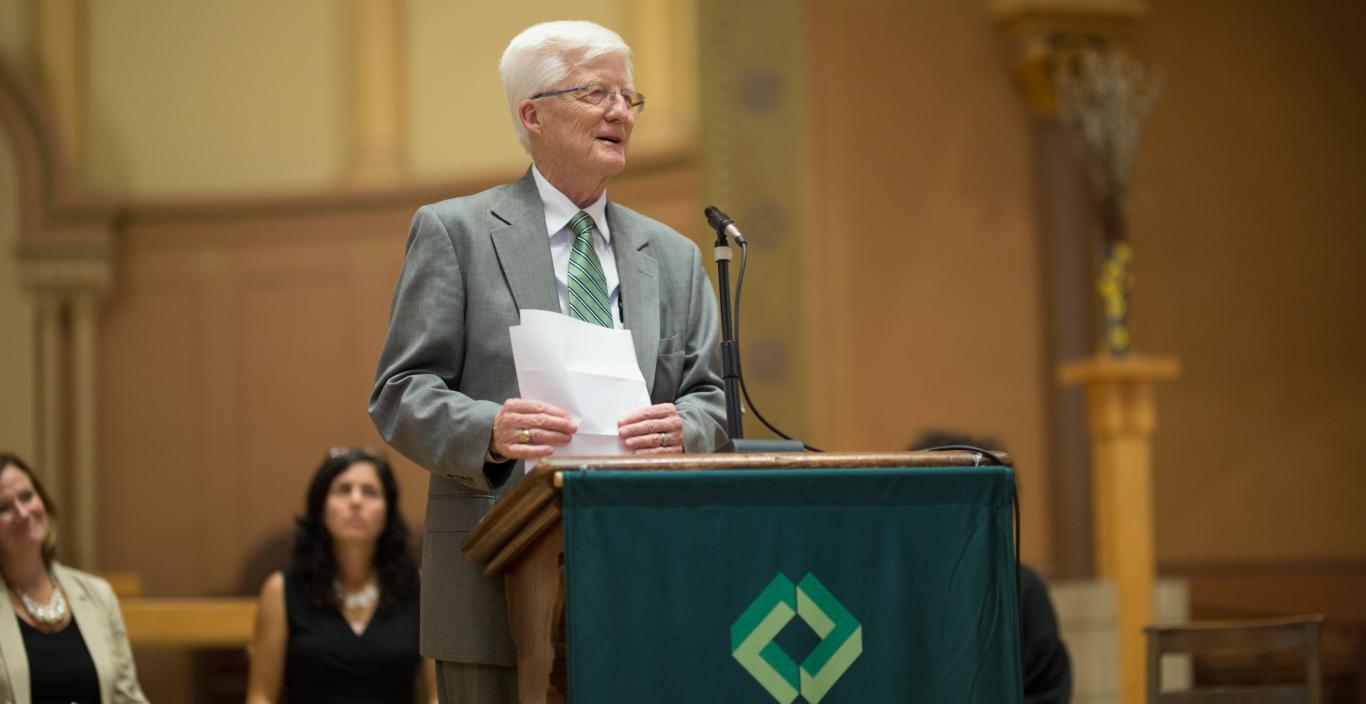 When Richard Hansen first visited campus, it was to interview for a one-year position as interim provost. Two years, later, he’s retiring after serving in three roles that have kept Lesley moving forward in a season of transition.

“We are so fortunate to have Rich during the crowning point of his career,” Board of Trustees Chair Hans Strauch said at a recent celebration for Hansen. “You have made Lesley a better place and you have made the world a better place.”

The word interim has been part of Hansen’s title during his time at Lesley — first as provost, then a brief stint as the Graduate School of Education dean and, finally, president. Yet, when Strauch asked Hansen to step into the role of president, he agreed under one condition, saying, “I don’t want to be a placeholder.”

With higher education facing financial and other challenges, particularly in New England, Hansen didn’t want to waste a year maintaining the status quo.

“I wanted to work on our budgeting, organizational structure, our advancement. I really wanted to give faculty an opportunity to recapture that creativity that they felt we had missed over the last few years,” Hansen said.