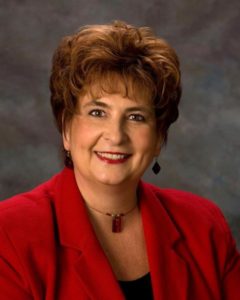 GLENVILLE, W.Va. — The interim president of Glenville State College sees herself as the leader of the transition to the Gilmer County institution’s future.

“I’m looking at a good interim year here where we can situate the institution well for a permanent president,” Dr. Kathleen Nelson told MetroNews.

Her contract with Glenville started on July 1.

Since then, “The focus has really been about getting to know the college and the individuals at the institution, a lot about the programs and getting out into the community to really have a sense of what the community is all about as well,” she said.

Nelson was chosen as interim president for Glenville out of the Registry for College and University Presidents for a term running through June 30, 2020.

She cannot be a candidate for the permanent position.

Her roots are in Minnesota.

Nelson is president emeritus of Lake Superior College located in Duluth, Minnesota. She received that title from the Minnesota State Colleges and Universities’ Board of Trustees when she retired from the institution after 13 years as its president.

Already, she sees common threads between Glenville and Lake Superior.

“I think a lot of the similarities have to do with the enthusiasm of the staff and the faculty to really reach out to students,” Nelson said.

“One of the things that I was really very proud of with Lake Superior College was the community connection and that feels right at home for me here.”

Her overall background in higher education is extensive, including time as a peer reviewer with the Higher Learning Commission, in secondary and post-secondary instruction, a counselor in student services and academic affairs and mentoring.

“I am looking at the future (at Glenville) very brightly,” Nelson said.

The 2019 Fall Semester begins on Aug. 19 at Glenville State.

As Nelson gets started, it’s up to Glenville’s Board of Governors to hire a permanent replacement for former President Tracy Pellett, Glenville’s 24th president, who declined a contract renewal offer earlier this year after two years in the role.

The next BOG meeting was scheduled for Wednesday, Aug. 7, according to school information.