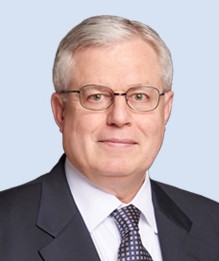 Richard Ekman is President Emeritus of the Council of Independent Colleges following 21 years as President during which CIC’s programs and its membership both expanded significantly.

Previously Ekman served as Vice President of Atlantic Philanthropies, Secretary and Senior Program Officer of the Andrew W. Mellon Foundation, and Director of both the Division of Education Programs and the Division of Research Programs at the National Endowment for the Humanities. Ekman is the co-author and co-editor with Richard Quandt of Technology and Scholarly Communication and the author of many essays in Inside Higher Ed, The Chronicle of Higher Education, University Business, Carnegie Reporter, Humanities, and the Washington Post, as well as in CIC’s own Independent. His AB and PhD degrees in the History of American Civilization were earned at Harvard University.

Since retirement from CIC, Ekman has served as a Fellow of the TIAA Institute and of counsel to  Academic Search. He has led a “master class” for the students in the Executive Doctorate Program of the University of Pennsylvania’s Graduate School of Education.

Ekman is a recipient of the W.E. B. DuBois Medal of Harvard University and numerous honorary degrees. He currently serves on the boards of Project Pericles, the Gilder Lehrman Institute of American History, the Higher Education Research and Development Institute, the Council of Harvard’s Graduate School Alumni Association, the American Academic Leadership Institute, and the Yale-New Haven Teachers Institute. Previous board service includes the American Council on Education, the National Humanities Alliance, Johns Hopkins University Press, the Hollings Center for International Dialogue, and the Dictionary of American Regional English.