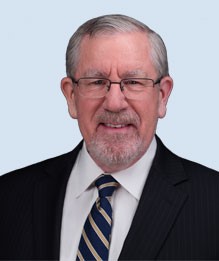 For the last 22 years, Mr. Kevin J. Matthews has worked in the higher education sector where he has been involved in interim and permanent leadership placements, consulting, public affairs, community service, and relationship management. As a Vice President for The Registry, Mr. Matthews is directly involved in interim leadership placements as a Registry Principal. He oversees the initial selection of candidates, directs the campus visits, and advises institutions on candidate selections.

Before working at The Registry, Mr. Matthews was the Director of College Services for Athletic IQ, Inc. (AIQ), which developed the first standardized test for athletic ability (the athletic equivalent to the SAT test). Prior to this position, Mr. Matthews served for over twelve years as the Director of External Affairs for Northeastern’s Center for the Study of Sport in Society. He also served as the Director of the Northeast Regional Office of the National Consortium for Academics and Sports, a consortium of 220 colleges and universities dedicated to maintaining a balance between academics and sports.

Mr. Matthews is active in his local community, and is currently serving his third term as a school committee member for the Lincoln-Sudbury Regional High School District, and is a former trustee of Massachusetts Bay Community College. He holds a bachelor of science degree from Northeastern University.